The Joy of Sushi Cutting

“Okay, let’s take this nice and slow and no one will get hurt. Put the sword on the ground and back away.”

The policeman was shouting out his orders and he was quite serious. I suddenly realized that I probably shouldn’t have been cutting apples on the sidewalk in front of my friend’s restaurant in Flushing, Queens — with my samurai sword! But the Daily News photographer didn’t think anything was unusual, and I was having so much fun doing the demonstration that I never imagined that it might be considered dangerous (and pretty stupid)! 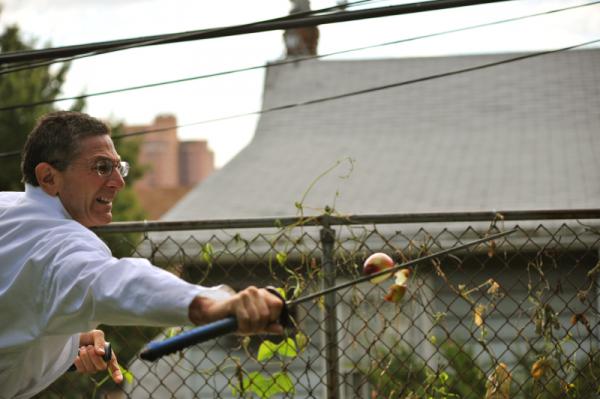 It is actually amazing that I was even demonstrating this martial art to a newspaper (which, in turn, brought me to almost being arrested). I don’t have a great history with sharp objects. Many years back I decided to try juggling machetes. I ended up being rushed off to the doctor’s office with a severely sliced thumb! Since then I have avoided mixing knives and swords with record attempts. But then, one day on Oprah, I saw a master swordsman break the Guinness record for the most apples cut midair in a minute with a samurai sword. I was intrigued. The swordsman confidently grabbed each apple off a table, threw the apple overhead, drew his sword from his scabbard with the same hand, sliced the apple, and then put the sword back in the scabbard. He managed to cut 23 apples in this manner in one minute.

I was inspired to try it, but I quickly discovered that it’s not easy to buy a samurai sword in New York City. In fact, it’s illegal! I began asking friends if they knew anyone who owned a sword and finally, I tracked one down. It turns out that, of all people, my doctor, Sakhshat, owned a beautiful Katana samurai sword that he purchased on a visit to Japan. He agreed to give it to me on 2 conditions which I promised to fulfill: I promised to treat the sword with the respect that it deserves and, I promised to pray for God’s Protection before each practice session! 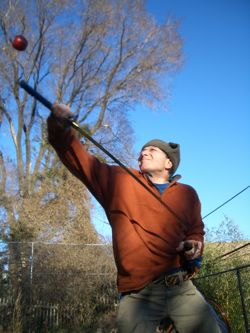 My doctor was right to warn me. Over the next few months, I frequently cut my fingers and even stabbed myself in the stomach several times. Thankfully, they were only superficial wounds and I didn’t have to see Sakhshat about them! I quickly learned that it takes tremendous intensity and timing to slice the apples, and even more intensity and timing to get the sword back in the scabbard quickly. It took me months of practice before I got the hang of it.

Part of the problem was that, at first, I couldn’t find anyone to teach me the proper technique… not that I didn’t try. I went to one dojo in my neighborhood and the instructor was actually in the middle of making a video about sword technique! I nervously interrupted him and, when I told him what I was trying to do, his reaction took me off guard. He suddenly turned bright red and yelled, “Don’t talk to me about that nonsense! That’s not samurai swordsmanship – that’s sushi cutting! I refuse to teach sushi cutting.” I guess I touched a raw nerve. I quickly exited like a dog with its tail between its legs.

My spiritual teacher, Sri Chinmoy once said, “Daring enthusiasm and abiding cheerfulness can accomplish everything on earth without fail.” Inspired by this, without a sensei, I enthusiastically stumbled along with the sword training in my own way. The sheer joy of practicing inspired me to continue. 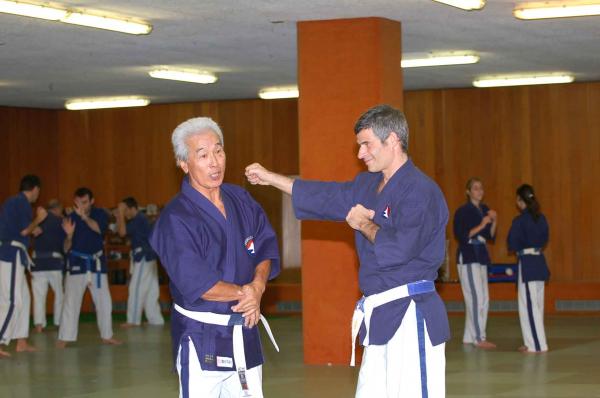 A turning point came when a friend of mine, Adarini, told me that her brother was an accomplished martial artist and an expert swordsman. She told me that Denis lived in Switzerland, but that he would be visiting New York the following week and could stop by and give me a few pointers. I was thrilled, but privately I doubted there was much Denis could show me that that would make much difference.

Denis came to my backyard and watched as I sliced a few apples midair. He commented, “Your technique is good, but you would do better if you held the sword in a different way.” He corrected my hand position and I realized what he was trying to politely tell me –that for all these months I had been holding the sword upside down! With Denis’ help and several more months of practice, I arrived at the point where I felt ready to attempt the record. In front of the required witnesses and video crew, I bega 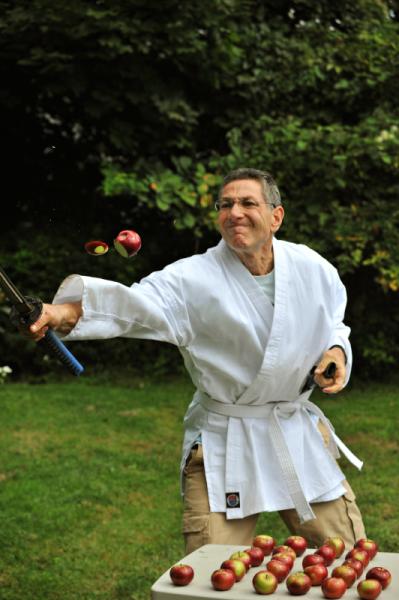 n slicing through the apples at a record pace but, as the last few seconds elapsed, I lost my concentration and missed the record by one apple!

Since then I used visualization to improve my accuracy, and I managed to break the record by slicing 24 apples. But unlike most other records, I enjoyed the samurai training so much that I’ve continued practicing – experimenting with cutting radishes in the air, cherries and even M&Ms! So, a few weeks ago, when the Daily News asked to interview me about a talk I was giving at the Oneness-Fountain restaurant, I saw it as a perfect opportunity to practice my samurai cutting. As I set up my table and apples on the sidewalk, it never dawned on me that swinging a sharp samurai sword around in a public place might be frowned upon by law enforcement officials!

A fate would have it, in the middle of my demonstration, a police car drove by and dramatically screeched to a halt in front of me. Two officers jumped out of the car and screamed at me to put the sword down on the ground and back away. They grabbed the sword, took my ID and went back into the car to report to their higher ups.
I was nervous about them not returning my prized sword so I eventually went over to the car to plead my case, but it seemed hopeless. The officer in charge barked, “You are wasting your breath buddy, you have a lot more to worry about than losing your sword!” 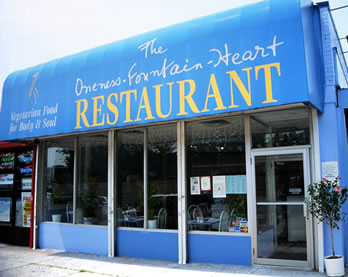 I thought about how embarrassing it would be for my friends at the restaurant to explain that I couldn’t make it to my talk because I had to spend the night in jail! I began praying. Finally, about 5 minutes later, one of the officers got out the car, handed me my sword and said, “Here take this and don’t let me see you in public with it again. The Sergeant wanted us to bring you in but, for some reason, we decided to let you go.”

Due to the kindness of the police, I was able to give my talk that night at the restaurant and the story about my near arrest was a big hit! Ever since, I’ve been content to continue practicing in the privacy of my backyard and I’ve discovered that the training not only sharpens my reflexes but also improves my concentration for other events. Most martial artists get different color belts as they become more skillful but, in my case, I’m happy to continue wearing my beginner’s white belt. I get more than enough satisfaction from exploring the limitless possibilities of the fine art of “sushi cutting”! 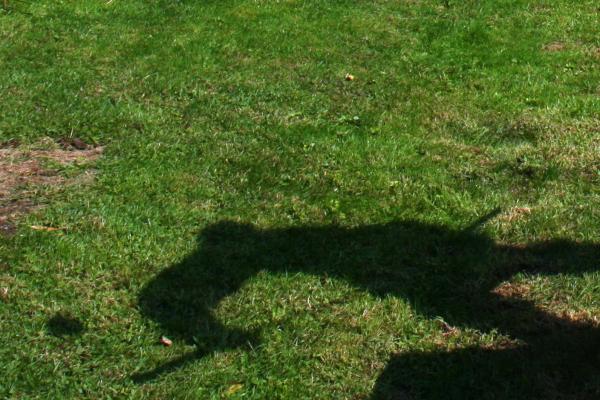